Better Late Than Never!
Words From The Editor - Jojo

Hello everyone, I’ve survived a return to France and am now back in the nice and cool weather of Scotland. So for this month’s edition of the blog, while late, we have a continued look at where we are following everything we set out in July’s issue. Admittedly, a month primarily made up of brainstorming, organising, and spring cleaning. In the background, each of our teams have been busy getting into the groove of working on our newest creations alongside the new team leaders and have had a good ol’ purge so that we know who is available for all these projects this blog will tend to get us into.

And so without further ado, this September issue of the Broken Blog will kick us off with a catch up on who has stepped away from their previous roles, and those that have taken some up. The vote this month is an exciting and dynamic addition that will be our next step into improving our UI on server, and our Team Leaders have equally stirring news about all they’ve been up to; perhaps even with a cheeky peak. And last but not least, everyone’s favourite Thunder Rat has gotten himself busy during my vacation and has thus earnt our guest piece for the month!

And of course, as always, we have our lovely Patrons to thank for making so much of this possible. Though our true appreciation can’t quite be put into words, we of course thank our active patrons:

A huge thankyou to those who have donated in the past and those who continue to tip us on paypal as well. If you would like to contribute to BWRP to let us continue doing what we do, you can support us at the links below:

(Editor's note: Paypal has a lower fee for one time donations if that's a worry!)

This month we brought in two new volunteers! Bazinga_Joe toils endlessly in the data mines of the Config Team, and PoisonedOak has joined the endless monkeys and their typewriters over in the Writing Team.

Gone, but Not Forgotten

Sadly, earlier this month we said goodbye to Invisible_Hand, otherwise known as Cole, as he departed the server. While our beloved techie will be missed, we’re happy to see him venture out into the adult world of mortgages and marriage!

The Cookings The Article - Pingachu & Jojo

Last month’s vote came to the conclusion that cooking will be our next mainline update, and today we’re going to cover what that will entail and what we have come up with. Here is a breakdown on cooking!

The amount of 'base' foods will be greatly expanded to what is already included in our current custom items. This will include several vegetables, a few more fruits, a list of spices, nuts, meats and a few select 'ingredients' that do not fit into the above categories. These base foods may be combined to make a standard set of foods that are genericized. For example, mixing any 3 vegetables and a bowl will make a 'Salad' item. This item will have predetermined stats, but any lore or naming can be done with a CM to make it a specific salad. Food created in this way takes more effort than throwing raw meat and coal into a furnace, so we’ll be giving each ‘meal’ item improvements in the form of buffs (None minecraft!) and improved hunger/saturation depending. Some foods give only one burst of food (think vanilla eating style) while others will continue to give their stats over time (think regeneration effect for health). Some foods are of course not created equally however, so will very likely be better for one stat than another. You are welcome to eat multiple foods to try and combine their effects, and form your own balanced diet!

Specific player made foods will be possible after launch. These foods will require specific base ingredients instead of accepting all available types. For example, Tink's Grainy Goulash will not accept just any meat or vegetable, but will need Grain, Corn, Chili, and Grizzlehoot Meat. It will accept nothing else. The more dangerous animals and creatures out in the world will also have their own specific recipes that use their drops, to reward those who dare face them - these variants are likely to be some degree better than their counterparts.

We’re making good headway, and are excited to release this next mainline update - and especially for what we have planned next with even more exciting projects!

Over the past six weeks we’ve had several projects start to take shape, while some are known but not quite at a point for us to present or tease; such as new models to come for our existing mobs and an expansion to spawn to allow players to select their settlement of choice without staff assistance. I am however, very happy to give word from our lead writer Mr. Nyvrem on a project long overdue:

Hiya, this is Nyvrem, leader of the writing team. I am here to tell you that thanks mostly to Wisteria, the Wildchoir wiki page has received a large expansion that puts it on par with that of the Entente, which is live for you to read right now. A large part of this is new lore on what happened between the singing of the Verse and the evacuation fleet scattering in the mists of Nebelloren, adding a lot more depth to the formation and spread of the Wildchoir and to the cataclysm that almost ended it. Another big highlight of this update is Wildchoir culture, with more details on their educational systems and their arts, the latter of which are very varied indeed. This should help flesh out the Wildchoir more, although of course, the big picture remains the same. The Venswood is still a place of great variety, where its many regions had their own cultures and societies, which remained united together until the the end of the Verse by a shared philosophy of dialogue, peace, and prosperity.

Okay I got volun-told to write the guest piece this week so here’s a brief list of things we’re at some stage of talking about or working on.

I stand by the worst part of techie work, besides debugging, is we can’t talk about most of what we do without fear or spoiling it. So a bullet list and your trust is all we can have together.

*I want to say thank you to everyone who submits feedback forms. They do get looked at. Sometimes we’re waiting for a more opportune moment to get them done, others we’re just behind and do them all at once. Thank you all for your patience.

I especially want to thank those who donate to our fund. Tav’s piece last month went over pretty well why and how we use it, mainly electricity. Another use that comes up rarely is the plugins we use aren’t always free, and often come out of our own pockets. The plugins we use for our mobs, items, and models are all premium, and had to be bought by a staff member. We always try to make do with free versions first, but oftentimes the quality of premium is worth the buy. For one of the bullets above, we are looking at an additional premium plugin. So… 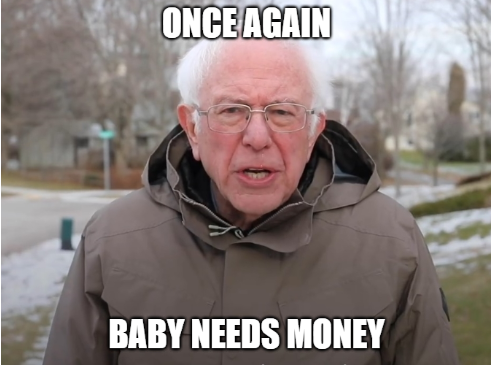 (I promise next month’s guest piece won’t be shilling for more money. Or it might. This might be a thing. Only you can stop me shilling by submitting your own guest piece!)