The bad news is that for the most part, your character is dead unless a Storyteller rules otherwise.

When you die you will leave behind a death chest marked with a sign that shows the following information.

This chest will be named after your departed character including their racial tag and will serve as the proxy for your characters body. Should you be saved from your mechanical death through roleplay a Storyteller will delete the chest to avoid any confusion.

The death chest will always be a single chest and any items that do not fit within it will be dropped onto the surrounding ground. The chest will store items in the following oder:

If you must fight while overburdened now you know where to put your most important items to keep them safest! 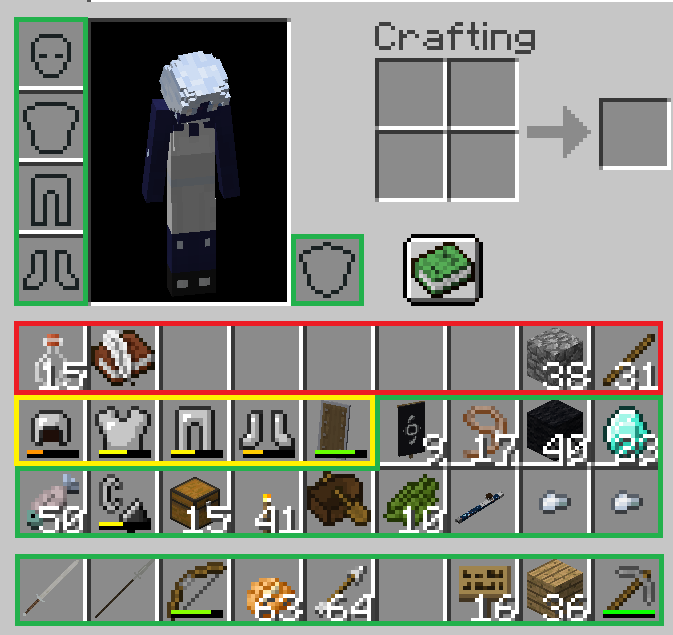 If a Storyteller rules that you are savable then other players must act quickly if they want to try and save you with medical roleplay. We have some standard responses to various death circumstances that are documented below so you can know what to expect if you appeal your death.

This is an obviously dangerous area.

If you die in one of these alone, you’re dead.

If you die in one of these with others, then they would have to remove your body to a safe area in a very timely manner to do medical roleplay with a Storyteller.

This is a situation put upon you by a Storyteller or Community Moderator.

If you die during one, your body must be removed from the dangerous area by another player effectively removing both of you from the event to complete medical roleplay. If players leave your body and don’t remove it fairly immediately, you are dead.

This is PvP between Storyteller’s/Event Characters and Players.

If you die during this the killer can rule you KO’d or dead.

You have the right to choose death over the KO if you prefer.

If someone is present and wants to perform medical roleplay then your body must be removed from the dangerous area by another player effectively removing both of you from the event. If players leave your body and don’t remove it fairly immediately, you are dead.