Professions in BWRP serve to add extra thematic tools to enhance roleplay and to make your chosen profession easier, whether this is the rancher being able to use a skill to breed animals, or the surveyor being able to craft different stone types on the fly. The professions only ever aim to add and enhance rather than restrict any basic minecraft functionality. 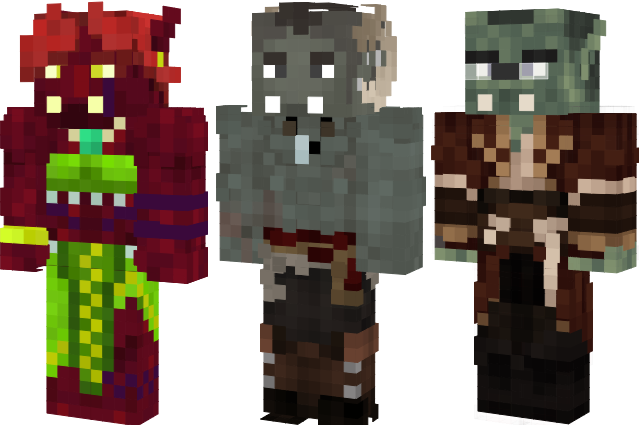 Using custom ingredients with the brewery plugin, the alchemist is probably not for newer players. They bring a skill or a bottle that can solve most problems, bar death, so long as they’ve had the time and ingredients to prepare. Thankfully, they have access to the Alchemist’s Gather skill, allowing them to harvest useful brewery items from various biomes, as well as a chance at rare potion ingredients. 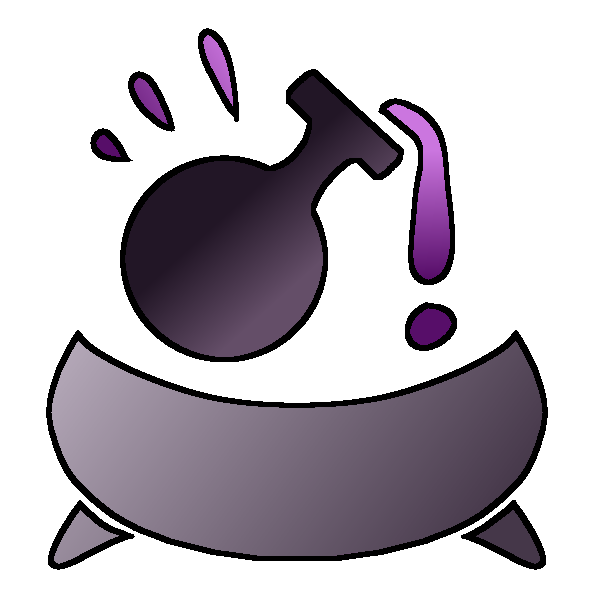 Gather Requires Shears. 30 seconds after activation in most biomes, you'll have gathered some basic alchemical ingredients, including those used to make tea.

Reduce Withering Expends "Kiss of Life" to heal themselves or those around’s wither 4 or lower.

Eyedrops Expends "Eye Drops" to heal themselves or those around’s blindness.

Stimulate Motion Expends "Curative Salve" to heal themselves or those around’s slowness 2 or lower.

Fix Enfeeblement Expends "Morale’s Restoration" to heal themselves or those around’s weakness.

Adamantine Encouragement Expends "Drop of Adamant" to heal themselves or those around’s mining fatigue.

This profession centres around fishing, as does its main custom skill Trawl. Supported by some unique crafting recipes to improvise cooking fish, drawing fibres from plants to use in nets, or improvising rafts from sticks, the Angler is a master of survival on the waterfront. 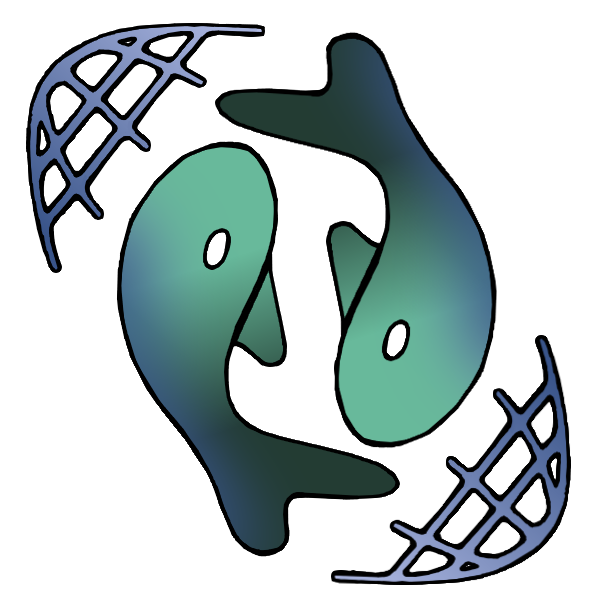 Trawl Requires Fisherman's Net in mainhand. On use, may break the net. Must be stood in water or boat for duration. After 30 seconds it pulls the net in to see what you got!

Artificers are the lifeblood of progress on BWRP. Wonders of mechanics and redstone, artificers gravitate towards careers in engineering and invention. Artificers have no additional skills bar ones that craft, but artificers are able to unlock complicated crafting recipes and mechanisms with interesting mechanical effects in game. Once an artificer, you are also able to unlock the majority of invention based crafting RP with Storytellers. 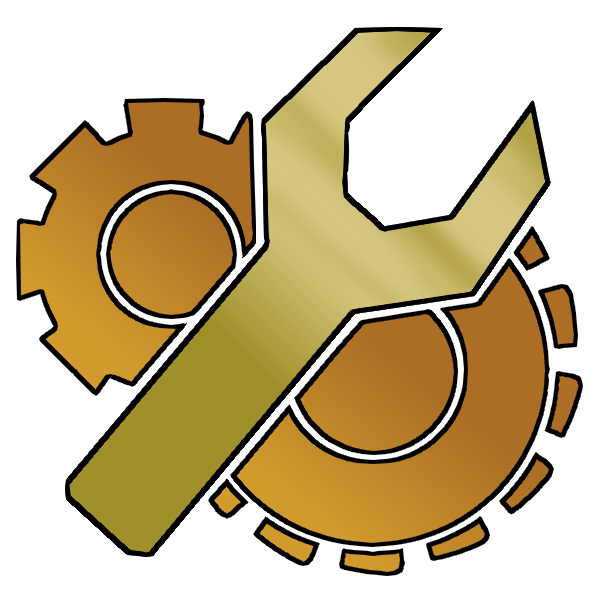 Industrious Run this skill to begin Artificer RP with staff.

Hidden Switches requires three things; A block to put the sign on. Either a sign post or a wall sign with [X] as the second line. A lever or button one block away from the sign in any right angle direction. Right clicking a block next to the sign will toggle the switch(es) or button(s) adjacent to the sign.

The Crush mechanism breaks blocks that the piston head is pushed into. It requires a sign attached to the piston, with the second line being [Crush]. Upon being powered, the block into which the piston extends is the block that will be destroyed.

The Bounce mechanism propels blocks and entities. It requires a sign attached to the piston, with the second line being [Bounce], and the third being the velocity of the bounce. The maximum bounce velocity is 10 (this is a Minecraft limitation). The block that the piston extends over is the one from which any entities or blocks that are directly above it will be propelled.

The SuperSticky mechanism allows blocks to be pulled that are farther than 1 block away. It requires a sign attached to the piston, with the second line being [SuperSticky], and the third being the number of blocks to pull. The maximum amount is 10. The third line can also allow it to pull back a distance farther than 1 in a single pulse. To do so, enter it in this format: maxdistance-pullperpulse. For example, 10-2 would pull blocks up to 10 blocks away at a rate of 2 blocks per pulse.

If AIR is on the last line, it gains the ability to pull AIR as if it were a solid block.

The SuperPush mechanism also allows air to be pushed by pistons. It requires a sign attached to the piston, with the second line being [SuperPush], and the third being the amount of blocks to push. The maximum amount is 10. The third line can also allow it to push forward a distance farther than 1 in a single pulse. To do so, enter it in this format: maxdistance-pushperpulse. For example, 10-2 would push blocks up to 10 blocks away at a rate of 2 blocks per pulse.

Pipes allow you to quickly transfer items from one place to another, they consist of numerous parts:

Pipe Filtering is possible with pipes. To do so, just place a sign on the either sticky or normal piston, with the following text on it:

Insulation , because pipes are allowed to connect diagonally, they have the ability to be insulated. Insulation means that if a wool block is between every possible diagonal connection of 2 tube blocks, they will not connect.

In BWRP, all players are able to craft the vanilla minecraft metal recipes, but Blacksmiths do it better. Our Blacksmiths can make gold and chain armor that can rival iron, whilst also bringing an extensive list of custom items from long spears to throwing hammers to a doctor’s trusty pair of scissors. The blacksmith is a necessity for any thriving town.

Being a blacksmith will also unlock roleplay opportunities with players seeking lored items and extensive Crafting RP with Storytellers. 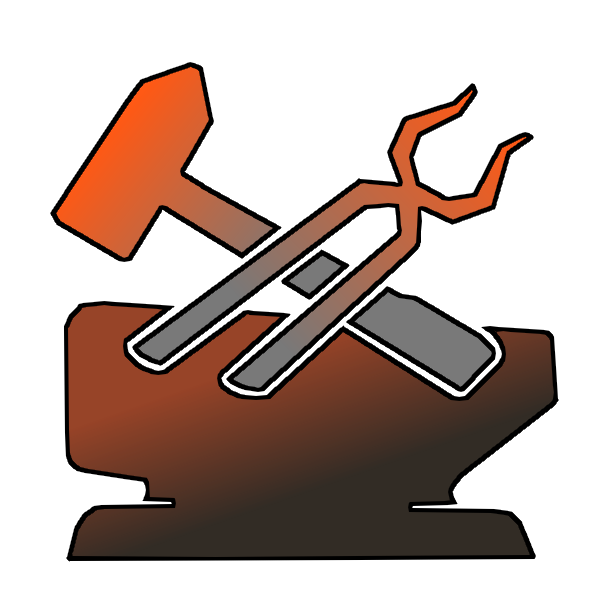 Expert Repair Repairs an item with less scaling costs than an using an anvil. Charges levels and item cost. Level cost capped at 40. After 40L material cost increases instead. Must be near an anvil and holding the item in your main hand.

Cultivators are the food providers of BWRP. While anyone can grow food, cultivators can take cuttings from plants and grow them in bulk in smaller spaces. They are skilled at creating fertilizer from discarded products, and make great brewers, cooks, and gardeners with the ability to multiply many of the high volume crops. 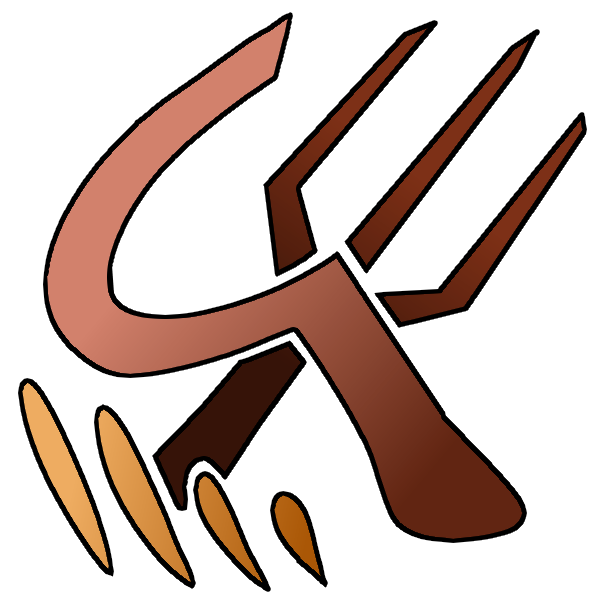 Tantalize Channel for 10s to provide hunger and a poison tick to those around you. Intended for use during roleplay meals.

Take Cuttings Hold a plant and get a copy of it!

The first thing anyone calls for when someone’s hurt, the doctor is a master at keeping others alive. With a skill for every ailment, they work extremely well in conjunction with an alchemist.

With the skill Medical License, you are the only class with the ability to bring players back from mechanical death through the use of Medical Roleplay. 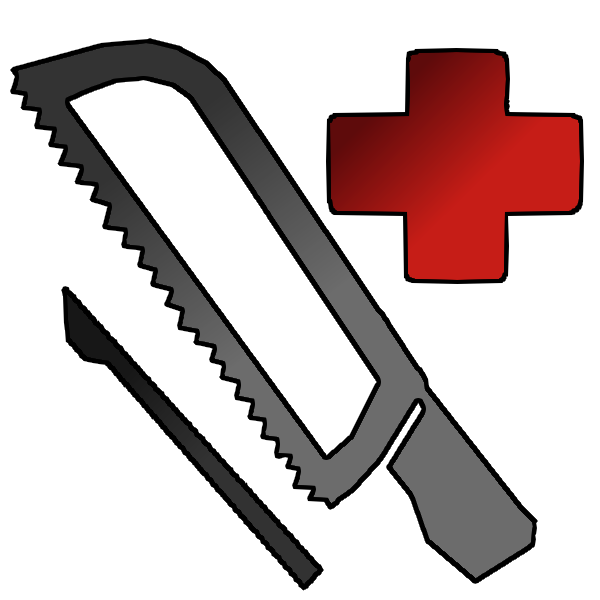 Put It On Ice Requires Ice + Bandage. Channel for 5 seconds to cure slow 1

Get a Crutch Requires Crutch Kit + Splint. Channel for 1 min to cure slow 3 and give slow 1. Provides patients with a Crutch.

Set Leg Requires Crutch Kit + Splint. Channel for 1 min to cure slow 4 and give slow 2. Provides patient with a Crutch.

Confine to Wheelchair Requires Wheelchair. Channel for 1 min to cure slow 4 and give slow 2. Provides patient with a Wheelchair.

Leatherworkers are simply masters of leatherworking. Leatherworkers often fall into the roles of armorers, tailors, and sailmakers. The skilled leatherworkers of Nebelloren can make leather armor that can rival iron armor in strength whilst also bringing some utility with their custom crafting recipes. 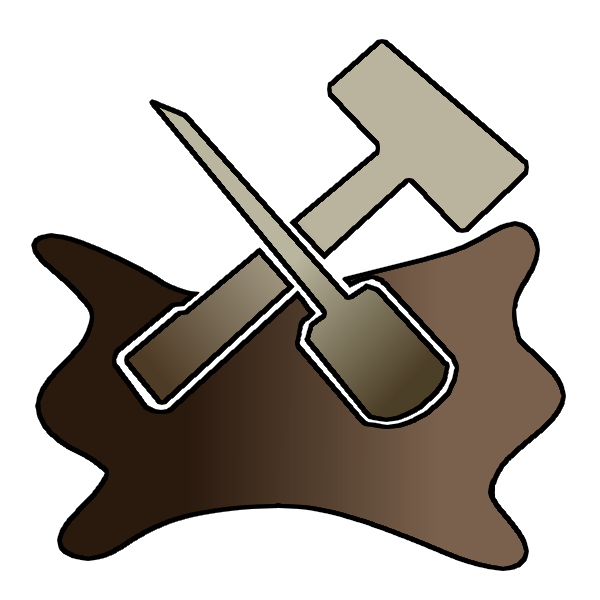 Leather Repair Repairs an item with less scaling costs than an using an anvil. Charges levels and item cost. Level cost capped at 40. After 40L material cost increases instead. Must be near an anvil and holding the item in your main hand.

If you don’t want your civilization to be eating potatoes for breakfast, lunch, and dinner, you’ll need a rancher. Skilled in working with animals of all kinds, ranchers not only have the ability to breed animals easier but can harvest products from the animals without killing them. 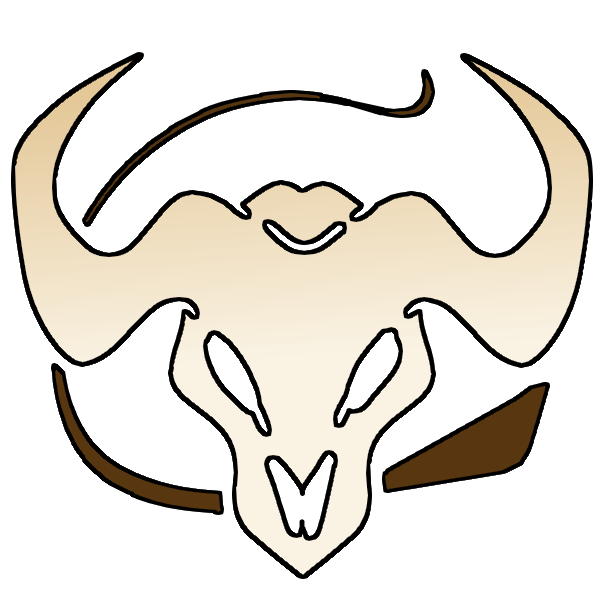 Ranching Gives you loot from the creature you are targetting.

Animal Capture Requires an eye of ender which is consumed. Run to give an egg of the friendly animal type it hits.

Feed Horse Hold an apple and cast the skill. This will feed your horse while riding.

The essential class for any bookworm, from teachers to cartographers, to potentially even wizards. Their entire skill base is book-centric with the ability to un-author, retitle, re-author, and copy books combined with the ability to produce ink from coal and water. 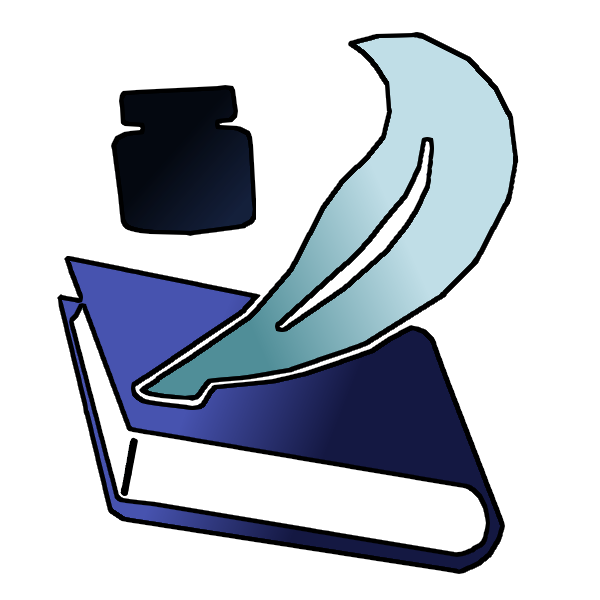 Explorer, architect, builder, or miner, the surveyor can cover many roles with its varied custom recipes that aid in cheaply producing construction materials, and easily acquiring survival gear. The above, combined with the ability to climb cliffs and wield a pickaxe as an efficient tool or deadly weapon, make the surveyor a truly mixed bag. 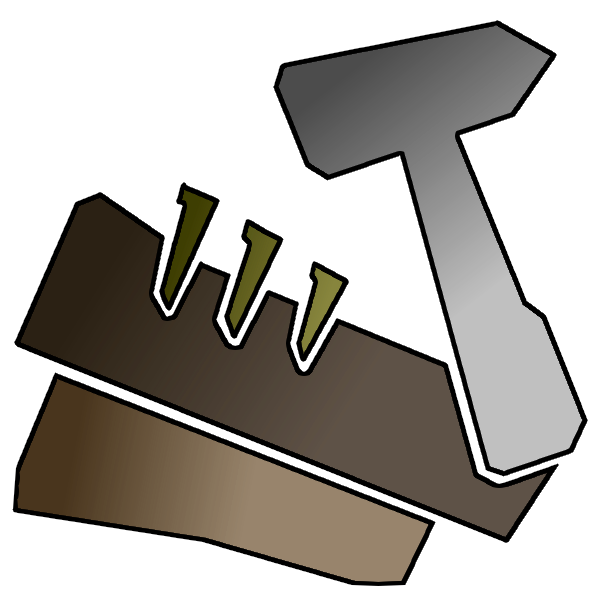 Ice Cutting Run when stood on ice to cut up the ice.